Grand National 2018 Who’s in and which horses are out?

It’s that time of year again. Saturday, 14 April is the day hundreds of millions of horse racing fans tune in around the globe to watch the Grand National.

The extended 4m 2f handicap is the world’s more famous and popular steeplechase with a classic 2018 renewal in prospect at Aintree.

As the ultimate test of thoroughbred National Hunt racehorse’s stamina, it has to be a doggedly tough stayer to make it over 30 unique fences and two laps of the track.

Following the latest set of forfeits, we have a clear idea of who’s in and which horses won’t be contesting the Aintree showpiece. Before placing your free bets via Timeform, let’s take a look at the runners.

Last year’s Cheltenham Gold Cup runner-up Minella Rocco – a previous winner over four miles – heads the 2018 Grand National weights for trainer Jonjo O’Neill and is one of a quartet of runners set to sport the green and gold hoop silks of owner JP McManus.

That legendary Irish gambler is often mob-handed in big handicaps like this and there’s no exception here. Minella Rocco is joined by this year’s Gold Cup third Anibale Fly, who is also near the top of the weights for trainer Tony Martin. 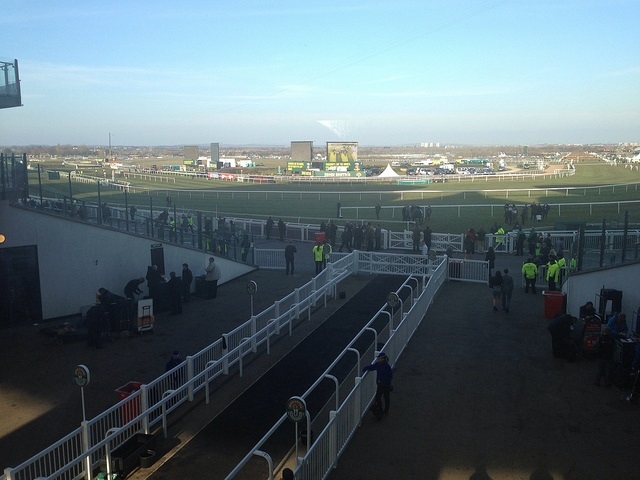 Other McManus entrants in the Aintree showpiece are Anthony Honeyball’s Regal Encore – third in the Ladbrokes Trophy at Newbury in December and eighth in this last year – and veteran John Kiely charge Carlingford Lough.

Pendra from Charlie Longsdon’s stable remains entered but wasn’t one of the McManus runners his racing manager Frank Berry mentioned, so could yet withdraw for the Grand National.

Nigel Twiston-Davies has two horses set to run in the big one at Aintree this year from opposite ends of the weights. Blaklion was fourth in the Grand National last year and won the Becher Chase over those same fences back in December and is a leading contender in the betting, while Double Ross has just sneaked in as the last guaranteed runner.

The Last Samuri was runner-up to Rule The World at Aintree in 2016 and also completed the course under top-weight 12 months ago, so he goes again for Kim Bailey after finishing fourth and third in his last two starts at Cheltenham. Owners Paul and Clare Rooney also have Beeves (Jennie Cavendish) going for them.

Powerful Irish owners Gigginstown House Stud, who are backed by Ryanair chief Michael O’Leary, have three guaranteed runners in the 2018 Grand National; the most fancied of which is Gordon Elliott’s Cross Country Chase victor Tiger Roll.

That three-time Cheltenham Festival winner is lower in the weights than Valseur Lido (Henry de Bromhead) and Alpha Des Obeaux (Mouse Morris). Four more Gigginstown horses are among the reserves in Road To Riches, the Noel Meade pair of 2015 Irish Grand National hero Thunder And Roses and Wounded Warrior, and General Principle; while A Genie In Abottle was found dead after collapsing in his stable the week before the race.

Willie Mullins won the big one at Aintree in 2005 with Hedgehunter and aims three Irish raiders at this year’s race in ante-post market leader Total Recall, who won the Ladbrokes Trophy but fell in the Gold Cup; Pleasant Company, ninth in this 12 months ago; and Childrens List. That means Acapella Bourgeois, Irish Grand National victor Bellshill and National Hunt Chase hero Rathvinden have all forfeited their entries.

Trevor Hemmings is the joint most successful owner in the almost 180-year history of the race, and he has two guaranteed runners this time. Vicente is a dual Scottish Grand National winner and could yet still go to Ayr for the hat-trick instead, while Paul Nicholls stablemate Warriors Tale joins him at Aintree.

Vintage Clouds needs horses to come out if he is to get a run for Sue Smith, alongside another she trains in Delusionofgrandeur, but North Yorkshire National victor I Just Know definitely goes.

Vieux Lion Rouge finished sixth in last year’s Grand National for David Pipe, while Chase The Spud landed the 2017 Midlands equivalent at Uttoxeter for O’Brien. Watch out for Seeyouatmidnight, as Scottish trainer Sandy Thomson’s charge will sport a colour change at Aintree after being purchased by Cheveley Park Stud.

Ian Williams veteran Gas Line Boy was fifth in the race 12 months ago and has won since over the fences in the Grand Sefton Handicap back in December. Peter Marsh Chase victor The Dutchman (Colin Tizzard) burst blood vessels when disappointing in the Grand National Trial at Haydock but is fit to take part.

Joining Tiger Roll as guaranteed runners for leading Irish trainer Elliott, meanwhile, are Ucello Conti – sixth at Aintree in 2016 and arguably unlucky to unseat rider Daryl Jacob last year – and veteran Bless The Wings, who has failed to complete on four of his last five starts.

Others with great experience are Saint Are (Tom George) – third 12 months ago and second in 2015 – and Welsh Grand National hero Raz De Maree (Gavin Cromwell), who gets his third crack at Aintree. That veteran was also runner-up to Native River at Chepstow the previous year, and the third-home Houblon Des Obeaux (Venetia Williams) and fifth Baie Des Iles (Ross O’Sullivan) re-oppose off low weights here.