How to Fill the Cheltenham Festival Void

As we know, the Cheltenham Festival is the pinnacle of the National Hunt season and one of the key events on the global horse racing calendar. But when the four-day extravaganza comes to an end, we need to fill the void, and there are plenty of other top horse racing events to get the adrenalin pumping throughout the year.

Luckily, racing fans don’t have to wait long for their next serving of National Hunt action with the Aintree Festival held in April. As well as featuring the world famous Grade 3 Grand National handicap steeplechase, the festival also features five Grade 1 chases: the Anniversary 4-Y-O Novices' Hurdle, the Sefton Novices' Hurdle, the Melling Chase, the Maghull Novices' Chase and the Aintree Hurdle.

The final races of the jump season are run at Sandown at the end of April and include the Grade 3 bet365 Gold Cup, a 3m 5f (5,934 metres) steeplechase established in 1957. After that, there is close to a six-month wait before the National Hunt jump season returns, but there is plenty of flat racing action to keep you entertained in the interim period.

The US Triple Crown

May kicks off with the Kentucky Derby (AKA “The Most Exciting Two Minutes in Sports” and “The Run for the Roses”). The race is held on the first Saturday in May annually in Louisville, Kentucky in the United States. It is a Grade 1 for three-year-olds and covers a distance of one and a quarter miles (2.0 km) and forms part of the US Triple Crown of Thoroughbred Racing.

The second part of the Triple Crown, The Preakness Stakes, is held three weeks later in Baltimore, Maryland. The 1.2-mile race started in 1873 and is the second-most attended in the USA behind the Kentucky Derby.

The third leg of the Triple Crown is the Belmont Stakes. A 1.5-mile race held on the second Saturday of June each year. Only 13 horses in history have won the Triple Crown since 1875, the most recent being Justify in 2018. 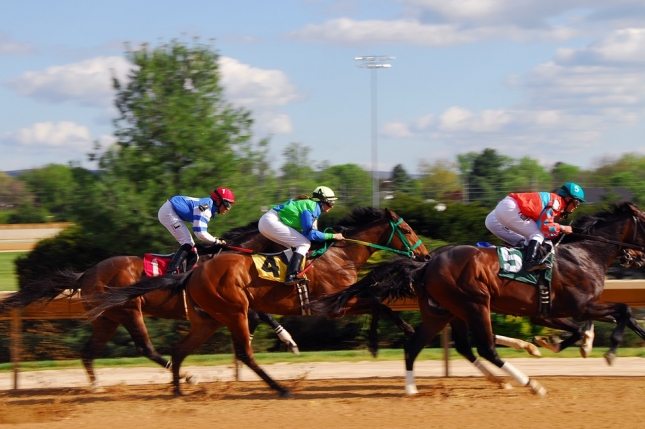 Held at the beginning of June, the Derby Stakes is a Group 1 flat horse race open to three-year-old thoroughbred colts and fillies. It is run over a distance of one mile, four furlongs and six yards (2,420 metres). Often referred to as just “The Derby”, the race is one of the most popular for horse racing betting.

It is one of five races known as “The Classics” and is part of the UK “Triple Crown,” sandwiched between the 2000 Guineas and the St. Leger. As the UK’s richest horse race, it is sometimes known as the "Blue Riband" of turf racing.

First held in 1711, the Royal Ascot event is one of the most prestigious on the racing calendar. Held over five days in June, the event is regularly attended by members of the royal family including Queen Elizabeth II. It is also a regular hang out for celebrities from around the world.

Other races to look out for include the Breeder’s Cup World Championships, a selection of Grade 1 American Thoroughbred races run over two days in various locations across the country; and the Prix de l’Arc de Triomphe, the world’s richest turf race held in Paris in October.